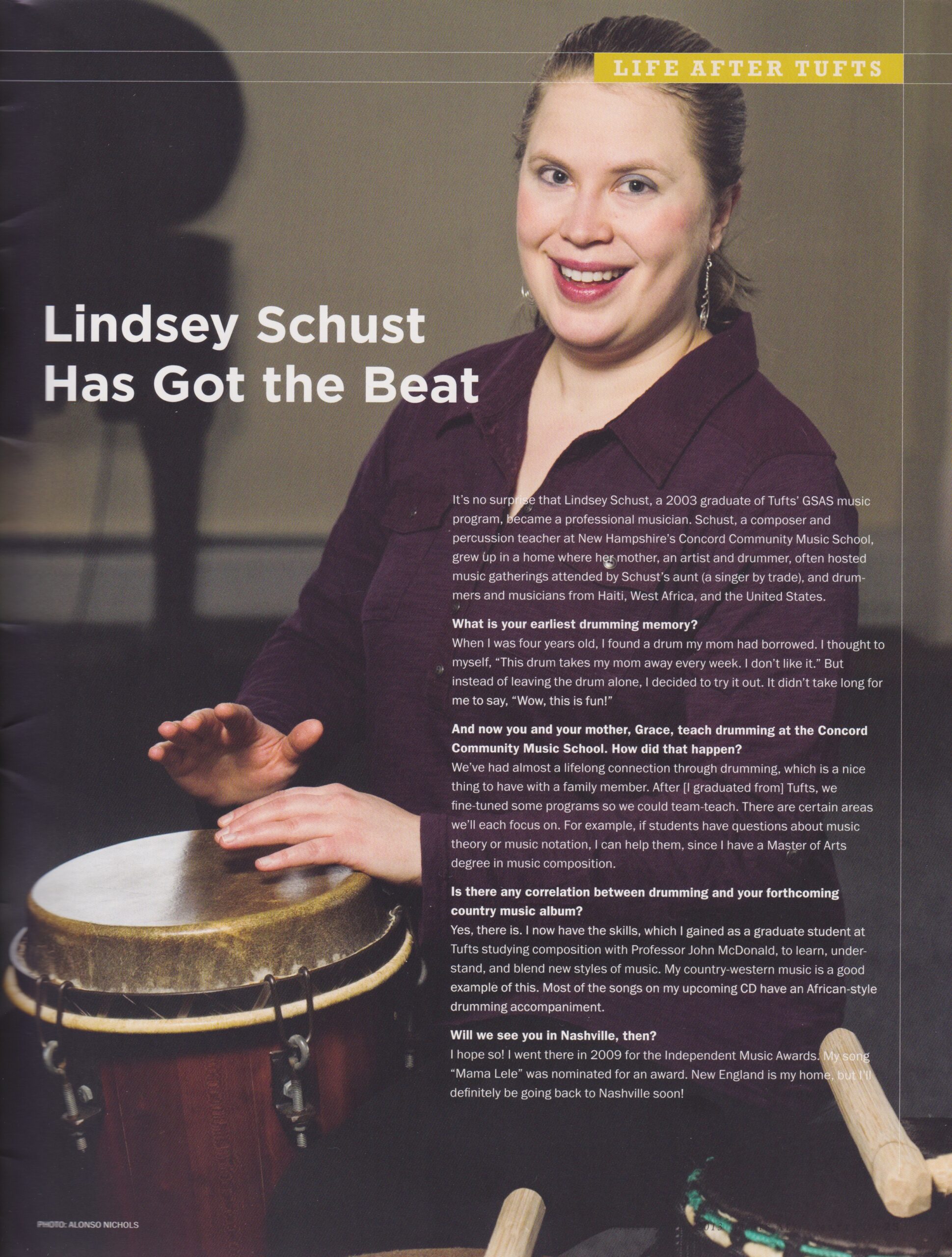 Lindsey Schust Has Got the Beat

It’s no surprise that Lindsey Schust, a 2003 graduate of Tufts’ GSAS music program, became a professional musician. Schust, a composer and percussion teacher at New Hampshire’s Concord Community Music School, grew up in a home where her mother, an artist and drummer, often hosted music gatherings attended by Schust’s aunt (a singer by trade), and drummers and musicians from Haiti, West Africa, and the United States.

What is your earliest drumming memory?

When I was four years old, I found a drum my mom had borrowed. I thought to myself, “This drum takes my mom away every week. I don’t like it.”  But instead of leaving the drum alone, I decided to try it out. It didn’t take long for me to say, “Wow, this is fun!”

And now you and your mother, Grace, teach drumming at the Concord Community Music School. How did that happen?

We’ve had almost a lifelong connection through drumming, which is a nice thing to have with a family member. After

(I graduated from) Tufts, we fine-tuned some programs so we could team-teach. There are certain areas we’ll each focus on. For example, if students have questions about music theory or music notation, I can help them, since I have a Master of Arts degree in music composition.

Is there any correlation between drumming and your forthcoming country music album?

Yes there is.  I now have the skills, which I gained as a graduate student at Tufts University studying composition with Professor John McDonald, to learn, understand, and blend new styles of music. My country-western music is a good example of this. Most of the songs on my upcoming CD have an African-style drumming accompaniment.

Will we see you in Nashville, then?

I hope so! I went there in 2009 for the Independent Music Awards. My song “Mama Lele” was nominated for an award. New England is my home, but I’ll definitely be going back to Nashville soon!