Lindsey Schust & the Ragged Mt. Band formed in 2011, when they debuted her local hit “Hippie Hill” at the Andover Historical Society’s “Old Time Fair” Auction.  Now, the group performs extensively in the NH Lakes Region area.  They are working on their Debut CD “Country Way” and the accompanying videos. The band plays original songs written by Lindsey and arranged for the group.  They also play a mixture of traditional Americana, folk, country western, bluegrass and folk rock.  The band is made up of friends and family members.

Have a Farmer’s Market or Bandstand looking for music this summer?

Here is a link to the band’s own website: www.lindseyschustraggedmtband.com 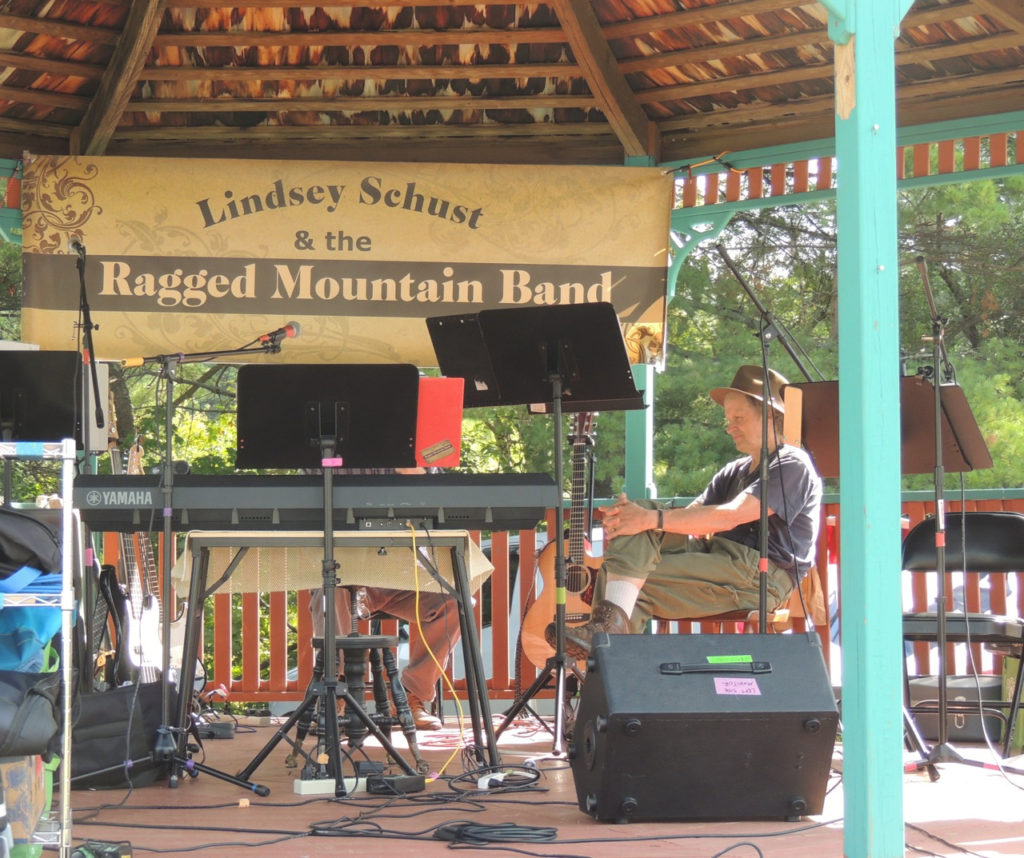